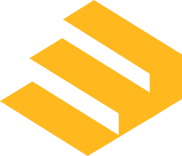 Jena Verbovskaya is a Calgary-based Brand Ambassador for Diamond. Through FindWRK, Jena has been connected to rewarding shifts, which ultimately led to her first full-time position as an e-commerce specialist for small businesses at Mosaic. I am joined in conversation by Jena to discuss her passions, ambitions, life experience, and her take on top industry trends.

Jena had worked as a BA before, sometimes in another country, but she had always had the experience that the work was chaotic, challenging, and often disorganized. She was recruited to the platform by Tristan Drysdale to become an ambassador for Diamond out of her hometown, Calgary. The experience has been excellent, according to Jena, who says that while it can be difficult to connect with like-minded people, she’s made friendships through her work. “I’ve met some really grounded people,” she says.

Jena is a traveller, a dreamer, a passionate learner, curious, and bold. She has command of Spanish, French, English, Russian, and Italian under her belt, with her sights set on Portuguese. According to Jena, the best way to learn is to immerse yourself, and she takes that approach when studying languages. Often, she’ll plan her travel around self-development and a burning desire to conquer a new language, but she was living in Canada when she got the urge to learn Italian. She took the Spanish she knew, enough to get started in conversation with an Italian barista, and for two months, she visited the same café once a day until she had started to polish the language. In her spare time, Jena watches films in French to sharpen up for an interview or immerses herself in the culture and media of another country. She’s not willing to follow the trend, she says, so since the world has turned its attention to Paris, Italy, and Greece, she has fallen in love with Indonesia.

Jena is a dancer. She loves to move, and when she needs to re-set, she’ll dance for hours, freeing her body and mind. We talk about the types of dance she does, from Latin to ballet, Go-Go, to Pole, which she says is the most physically demanding. I tell her I love Latin dancing but don’t move well, and she tells me I would get the hang of it, a smile stretching across her face, exuding an uncontainable warmth. Her mother was afraid that, being a free spirit, Jena might not find her way in the world, and Jenna is relieved to have landed a dream position. Her pride is more about the way she has navigated her edges in the world, learned about herself and found a position that reflects her desire to help others. In her new role at Mosaic, Jena will offer e-commerce support to small businesses. True to her curious and ambitious nature, she can’t believe the opportunity to have her training paid for. She starts in November, and she will once again reset her life and begin remote work in Portugal.

I ask her if she gets nervous travelling alone and she says “no, not at all.” Like anything, it takes baby steps. This takes Jena and my fast-moving conversation to a different place. I ask her what she thinks about COVID and how it has changed the reality of work. She answers like an optimist, someone who sees the opportunity in everything. Jena lost her job to COVID, but she also gained insight into herself, feels she was well supported by government assistance, and ultimately put all of the pieces in place to secure a role that matters to her and inspires her. Jena is unsure what the future holds. She is certain there will be a lot of travel, and she believes she may want to build on her love of investigating the brain and become a psychiatrist. In Jenna’s opinion, anyone should take their dreams and make the most of them. “A lot of people are waiting for a grave event to push them where they always wanted to go,” she says, “and it won’t necessarily come. Take the next steps.”

Now that Jena is moving into her first full-time professional role, we talk a little bit about burnout culture and finding work-life balance. For Jena, work-life balance and burnout come down to knowing your limits. “I’ve burned out a number of times in my life, sometimes, I took myself there.” “You took yourself there?” I say, astonished. “Yes!” she laughs, “you must push your limits to know your limits. But once you find them, you have to re-set. I go dancing.” Jena’s knowledge and deep self-awareness put her in a perfect position to understand people and support their needs and goals. She can do this only by staying aware of her own needs, and Jena is committed to getting to know herself better in every way she can.

“Employers need to put up boundaries to protect their employees, too, though, don’t you think?” I say. Jena agrees. She thinks that one of the best ways employers can do this is by distributing work fairly and equally and expecting a reasonable amount from their employees. On the other hand, she says that “you need to know when to talk to your manager. If you are struggling, it’s important to speak up. Managers these days are aware of these issues; they’ve experienced much of it themselves.” Jena also thinks that benefits are crucial. Currently, she is on her Mom’s plan, and it helps her to know that if she breaks her leg, she will be cared for or that if she is in a tough place, she can manage her stress by getting a massage. She thinks it would be beneficial to have discounts for fitness and other lifestyle factors because it inspires employees to stay balanced and be their best on the job.

“How does FindWRK compare to Indeed?” I ask. Jena says that putting a resume into Indeed, is like throwing it to the wind. FindWRK is personal, the team cares. Jena plans to stay in touch with FindWRK for mentorship while working abroad. She has another shift before she jets off to Portugal, “and I’ll be back in touch,” she says.